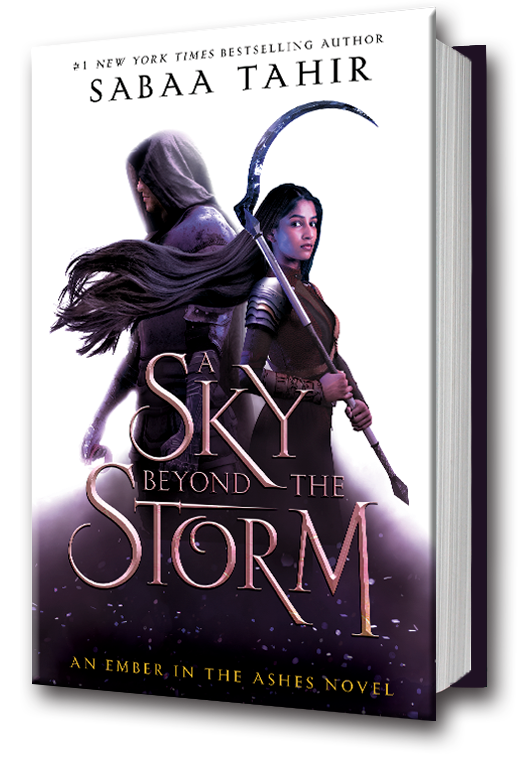 A Sky Beyond the Storm

Pre-order and receive an exclusive mug! 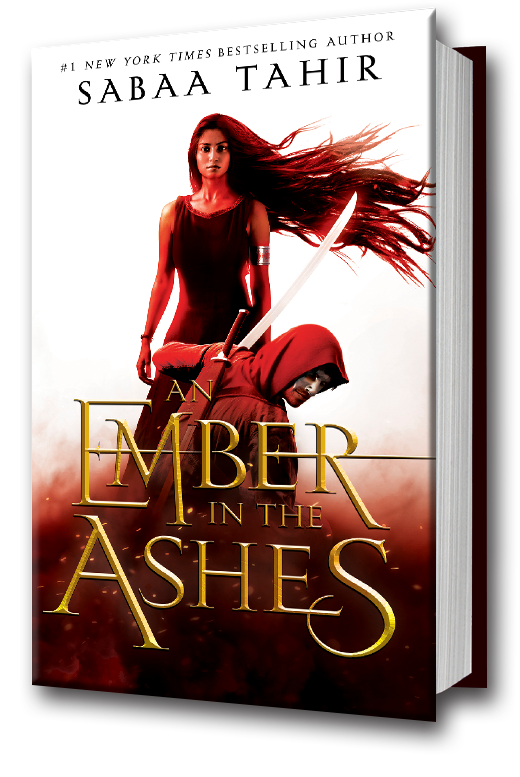 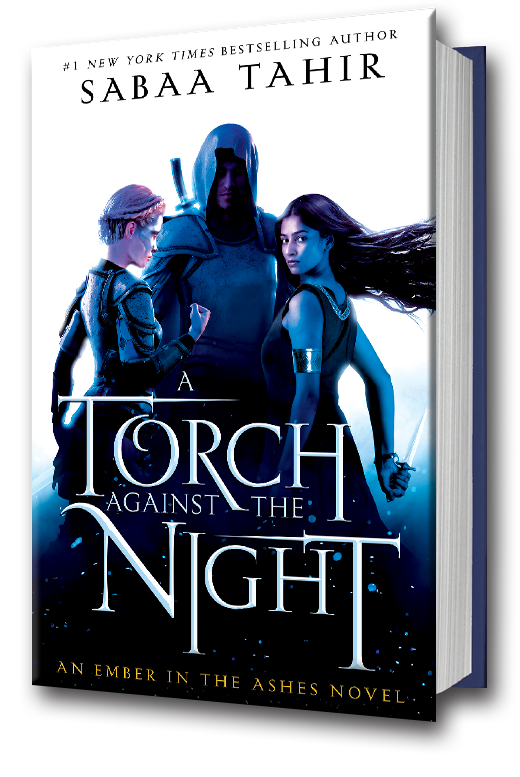 "Blew me away...This book is dark, complex, vivid, and romantic—expect to be completely transported." - MTV.com

"Perfect for fans of Maggie Stiefvater's The Scorpio Races or Sarah Maas's Throne of Glass series... The book is already set to be a film, which will be EPIC! " - TeenVogue.com

"Every review I’ve seen or heard of this book has me counting down the minutes until its release." - The Huffington Post

"Every review I've seen or heard of this book has me counting down the minutes until its release." - BarnesandNoble.com's Teen Blog

"An epic fantasy debut about an orphan fighting for her family and a soldier fighting for his freedom. It's a story that's literally burning to be told." - Hypable.com

"First-time novelist Tahir has written an ambitious sword-and-sand adventure story that is notable for its suspense and scope." - Booklist

"Tahir's world-building is wonderfully detailed and the setting is an unusual one for fantasy novels. All of her characters, even minor ones, are fully realized....For fans of Game of Thrones and of Melina Marchetta's Finnikin of the Rock." - School Library Journal

"I was so engrossed with this book that I missed a connecting flight. If that doesn't convince you to read An Ember in the Ashes, I don't know what will. An explosive, heartbreaking, epic debut that will keep you glued to the pages. I hope the world's ready for Sabaa Tahir." - Marie Lu, New York Times bestselling author of Legend

"An Ember in the Ashes is a spectacular page turner that asks readers to consider how far they'd go to save the ones they love. Sabaa Tahir is the next superstar in young adult fiction and her debut is as cinematic as Gladiator and as high-stakes as Game of Thrones." - Holly Goldberg Sloan, New York Times bestselling author of Counting by 7s

"A heart-pounding story of love and loss, with the most original world-building I've read all year. Deeply felt and deeply moving, I could not put it down." - Margaret Stohl, New York Times bestselling author of Beautiful Creatures

"This electric debut is a pulse-pounding action-packed Romeo and Juliet story in a richly imagined world with a great twist and heroic characters you'll root for and won't stop thinking about." - Melissa de la Cruz, New York Times bestselling author of Frozen and The Ring and the Crown

"With An Ember in the Ashes, Sabaa Tahir shows us light in the darkness, hope in a world of despair, and the human spirit reaching for greatness in difficult times." - #1 New York Times bestselling author Brandon Sanderson

"Tahir’s deft, polished debut alternates between two very different perspectives on the same brutal world, deepening both in the contrast. In a tale brimming with political intrigue and haunted by supernatural forces, the true tension comes from watching Elias and Laia struggle to decide where their loyalties lie." - Publishers Weekly, starred review

"A setting inspired by ancient Rome; a fierce battle for freedom in the face of tyranny; and a villain who makes Cersei Lannister and Dolores Umbridge look like a pair of pathetic amateurs... 'An Ember in the Ashes' is at the top of our must-read list for 2015." - MTV.com

"The much anticipated fantasy An Ember in the Ashes... mixes The Hunger Games with Game of Thrones... and adds a dash of Romeo and Juliet." - The Hollywood Reporter

Under the Martial Empire, defiance is met with death. Those who do not vow their blood and...

Sabaa Tahir was born in London but grew up in California’s Mojave Desert at her family’s...

Watch trailers and view exclusive content in our media library.